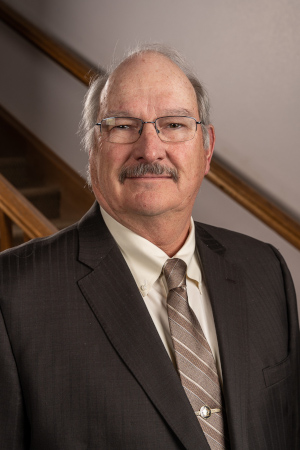 Chad Kenneth Argyle is a lifetime resident of Spanish Fork. He was raised in Spanish Fork by a loving mother and father, Joyce and Bud Swanner. He attended school at Rees & Brockbank Elementary, Spanish Fork Middle, Spanish Fork Jr High, and graduated from Spanish Fork High School. He married his high school sweetheart Teresa Evans (her parents are Blaine and Linda Evans).

Chad delivered newspapers for the Daily Herald as a boy. He worked at Swanner's Sporting Goods in his teens and farmed for Blaine Evans where he fell in love with the boss' daughter. He then worked for a short time for Spanish Fork Lumber. He was hired by Mountain Bell which eventually became Qwest Communications and now Century Link for 33 years, after which he retired.

Chad has been blessed with four children Jed, Abbie, Jake, and Mandie. They are all married to wonderful spouses. Calee Creer, Paul Taylor, Kelci Jenson, and Ryan Tuttle and live in the area. Chad and Teresa have eleven beautiful grandchildren ranging in age from 14 down to four months (Allie, Austin, Payzlie, Braxton, Ary, Jenson, Tayven, Kylor, Korver, Quincy, and Keaton.)

Chad is enjoying his retirement by working a little, loving his family, serving in the LDS church and now serving on the City Council. Councilman Argyle is serving his second four-year term on the City Council and currently serves on the following boards and committees: