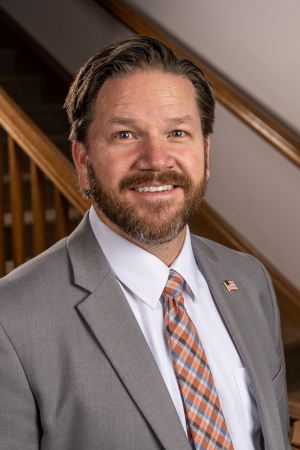 Councilman Brandon Gordon was born and raised in Lake Shore Utah to Randy and JoAnn Gordon. He graduated from Spanish Fork in 1995, and the University of Phoenix in 2007 where he earned a degree in business management. He owned and operated two Pier 49 Pizza franchises one in Spanish Fork & one in Springville, & now works as a Producer at Security Insurance here in town.

He married Rachel Boyer of Pleasant Grove and they have 6 children: Isabelle, Bennett, Emery, Claire, Stella, and Lucy. He enjoys coaching his kids' sporting events and has run 11 marathons. He loves to work with his family on his father's farm where they grow produce to sell at the farmers market and local grocery stores.

Councilman Gordon is serving his third four-year term on the city council and currently serves on the following committees and/or boards: