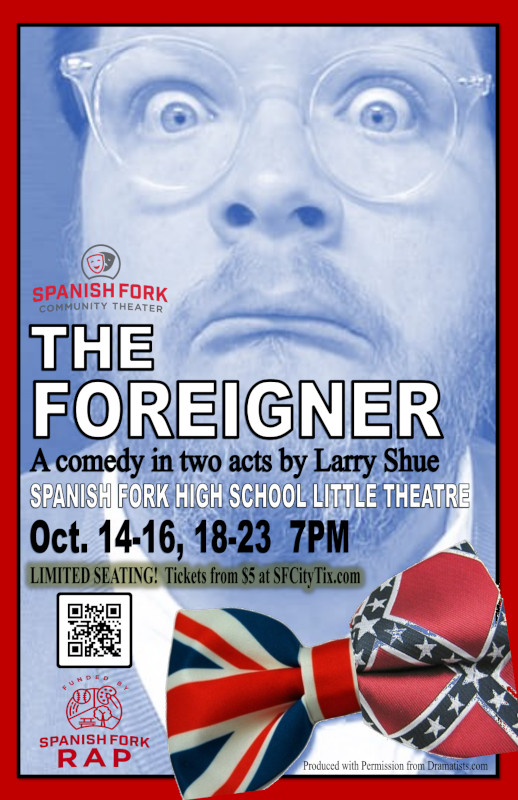 “Froggy” LeSueur, a British demolition expert who occasionally runs training sessions at a nearby army base. This time “Froggy” has brought along a friend, a pathologically shy young man named Charlie who is overcome with fear at the thought of making conversation with strangers. So “Froggy,” before departing, tells all assembled that Charlie is from an exotic foreign country and speaks no English. Once alone the fun really begins, as Charlie overhears more than he should—the evil plans of a sinister, two-faced minister and his redneck associate; the fact that the minister’s pretty fiancée is pregnant; and many other damaging revelations made with the thought that Charlie doesn’t understand a word being said. That he does fuels the nonstop hilarity of the play and sets up the wildly funny climax in which things go uproariously awry for the “bad guys,” and the “good guys” emerge triumphant.